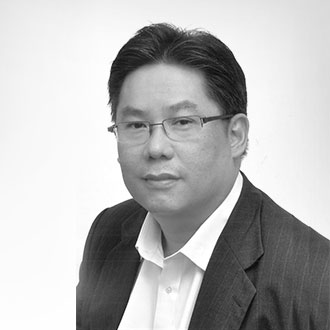 A successful mixed-use development is an urban catalyst. Creating a distinct architectural identity for the people and the place, it responds to climate, culture and context, and engages the community through a vibrant mix of programmes.

Mr Dadi Surya is an architect whose design expertise and specialist experience involve master-planning as well as concept and schematic designs for a range of project types spanning commercial, institutional, residential and mixed-use developments.

He joined DP Architects in 1990 and was appointed Director in 2012. Over the years, he has played a critical role in the design of the firm’s notable projects including Zhongshan Park mixed-use development, The Dubai Mall, The Trillium, Wisma Atria shopping centre (Addition & Alteration, 2004) and The Bayshore. More recently, he led the design conception of several large-scale mixed developments and master plans in Indonesia, Malaysia, Thailand and Myanmar.

Mr Surya was instrumental in DP Architects’ successful expansion into Indonesia, leading the design direction for projects like Senayan City, The Peak residences, Central Park and Ciputra World Surabaya. These prominent projects established the firm’s reputation in Indonesia as a design and service-focused practice and led to numerous successful undertakings in the country.

He heads the firm’s Design Department which he helped to set up in 2005; he continues to develop and improve the department’s role. He steers the design for all projects under his management. He appreciates the challenge of constantly seeking design solutions within a given set of boundaries in a fast-changing environment, and his passion for design is an inspiration to his team.