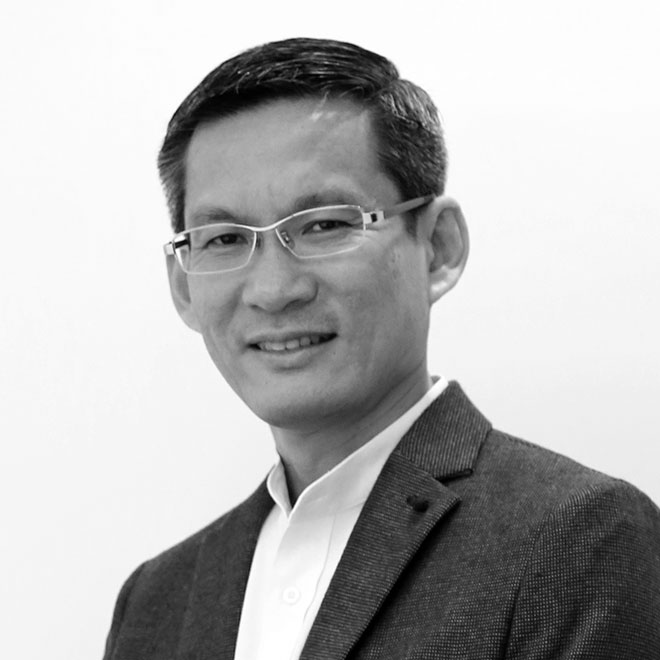 Design and spatial planning calls for flexibility in order to provide for a wide spectrum of users and accommodate evolving needs, and to create opportunities for interactions among the community.

Mr Tan Chee Kiang joined DP Architects upon graduation from the National University of Singapore and was involved in luxury condominium projects such as The Sterling in Singapore, as well as the upgrading of Lucky Plaza, a retail mall in Orchard Road. He then took a sabbatical in 1999 to pursue his Master in Design Studies degree at Harvard University’s Graduate School of Design and worked in The Stubbins Associates as one of the design architects for the extension to the Venetian Casino Resort in Las Vegas.

Upon his return to DP in 2001, he led a team to win the national design competition for One Marina Boulevard, then the first new office development in Singapore’s Marina Bay. He was responsible for the overall management of the project which was completed within an accelerated period of two years. He was also a key member of the team that won the Public-Private-Partnership (PPP) project for the Singapore Sports Hub in 2005. Chee Kiang also won a design competition against international big names to design and deliver a prime 40-storey skyscraper, Frasers Tower, in the heart of Singapore’s central business district. Chee Kiang’s portfolio also includes projects elsewhere in Asia, such as clinching the first prize in an international design competition for BIDV Tower in Vietnam.

Chee Kiang was appointed as an associate director of DP Architects in 2007, became a senior associate director in 2015 and was promoted to director in 2016. He is known for his versatility, regardless of project scale, type and form of contract. His experience spans across typologies such as residential, office, mixed-use, hospitality, sports and airport facilities. His design sensibilities and project management skills garner the confidence of many local and overseas clients.

In 2010, Chee Kiang was named one of Singapore’s 20 leading architects under the age of 45 by the Urban Redevelopment Authority and his key works were presented at an exhibition in Singapore and in Berlin’s Aedes am Pfefferberg, which highlighted important emerging architects working in Singapore.

Chee Kiang strongly believes in nurturing the next generation of architects through academia and has taught at the School of Design and Environment at the National University of Singapore for more than a decade. He is also an examiner for the Singapore Board of Architects’ Professional Practice Examination.