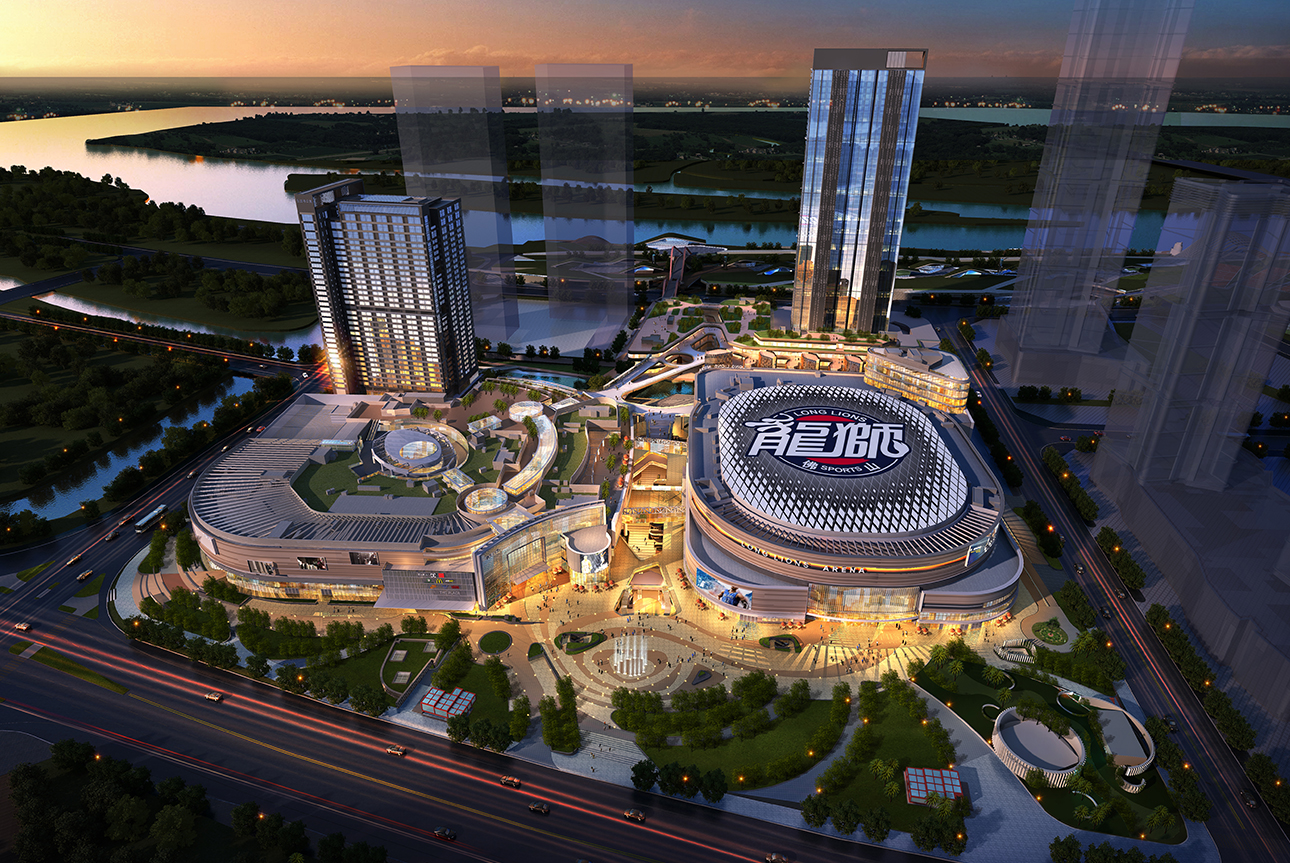 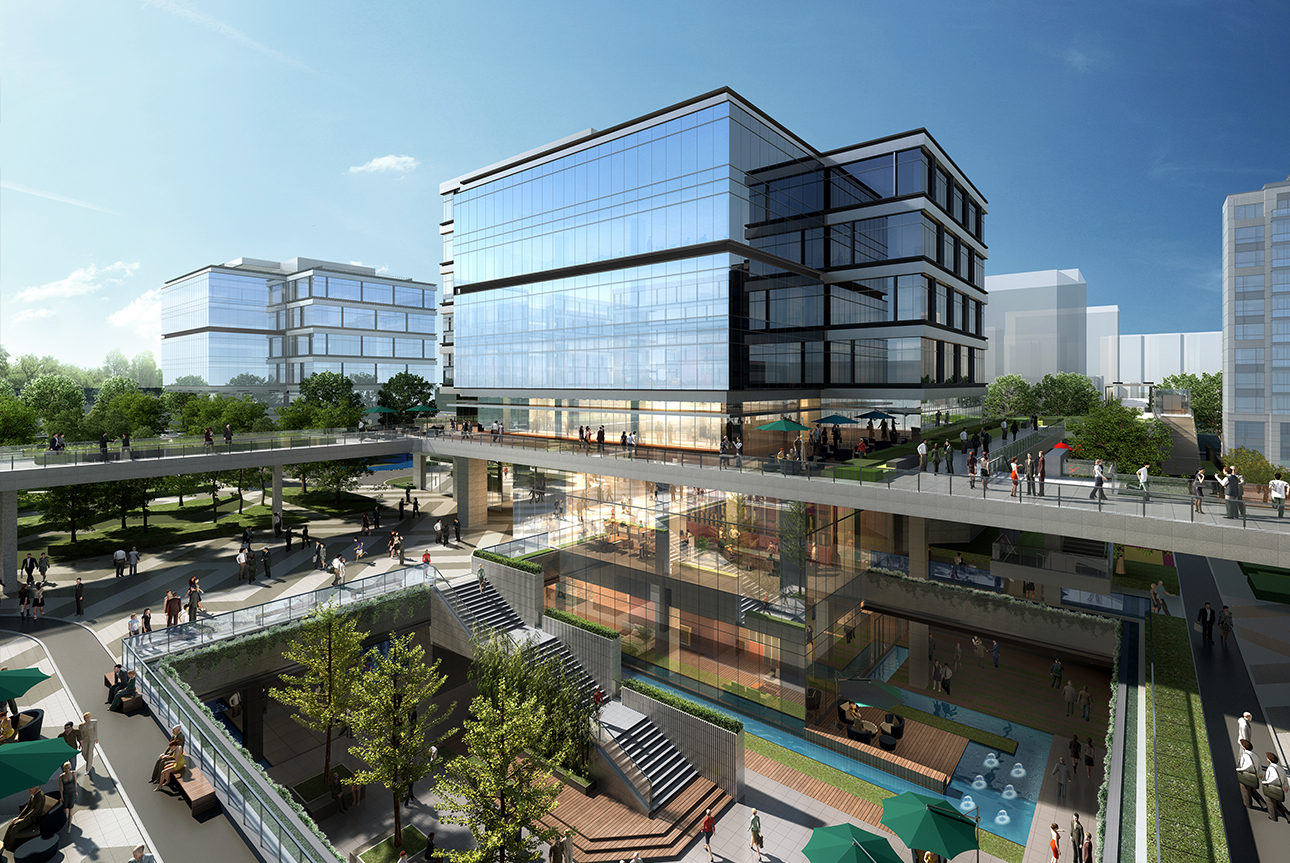 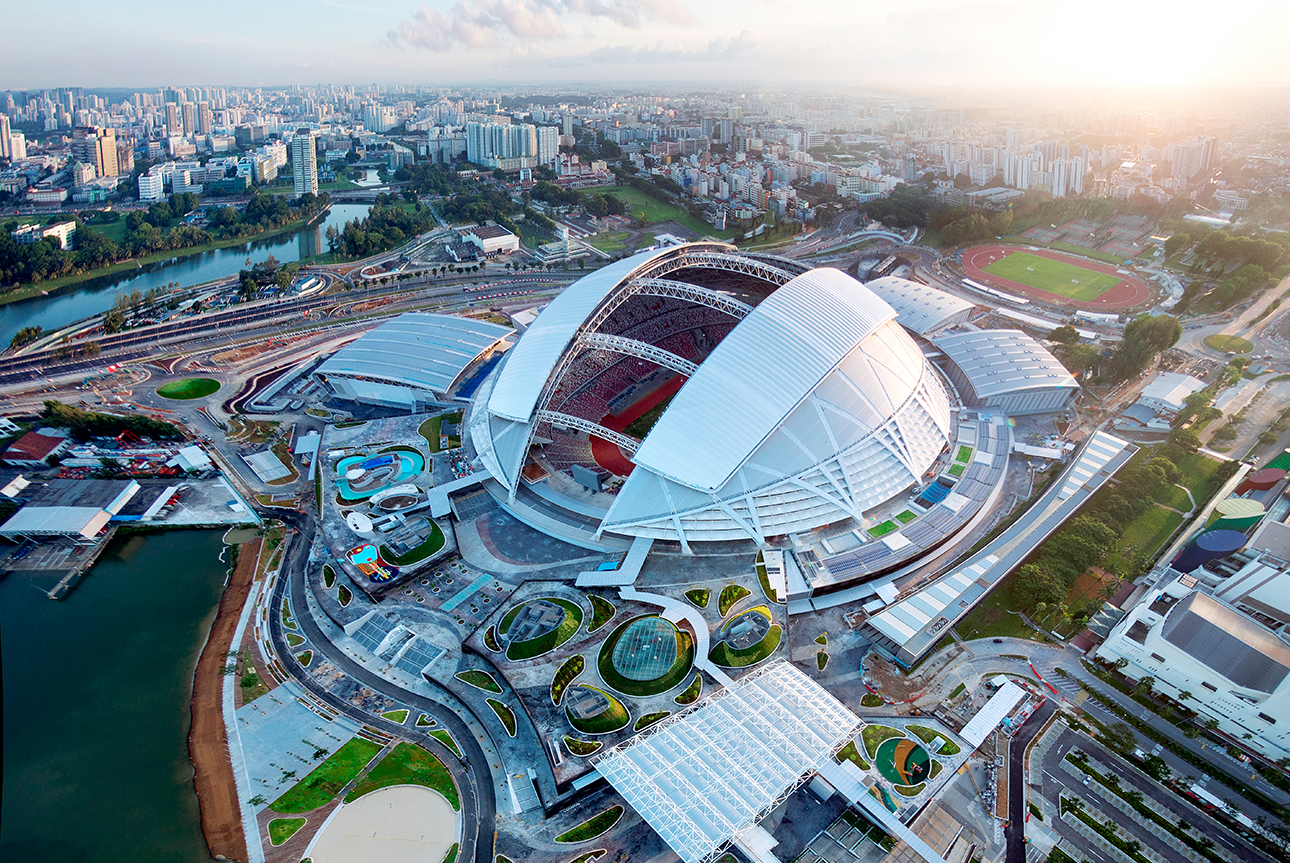 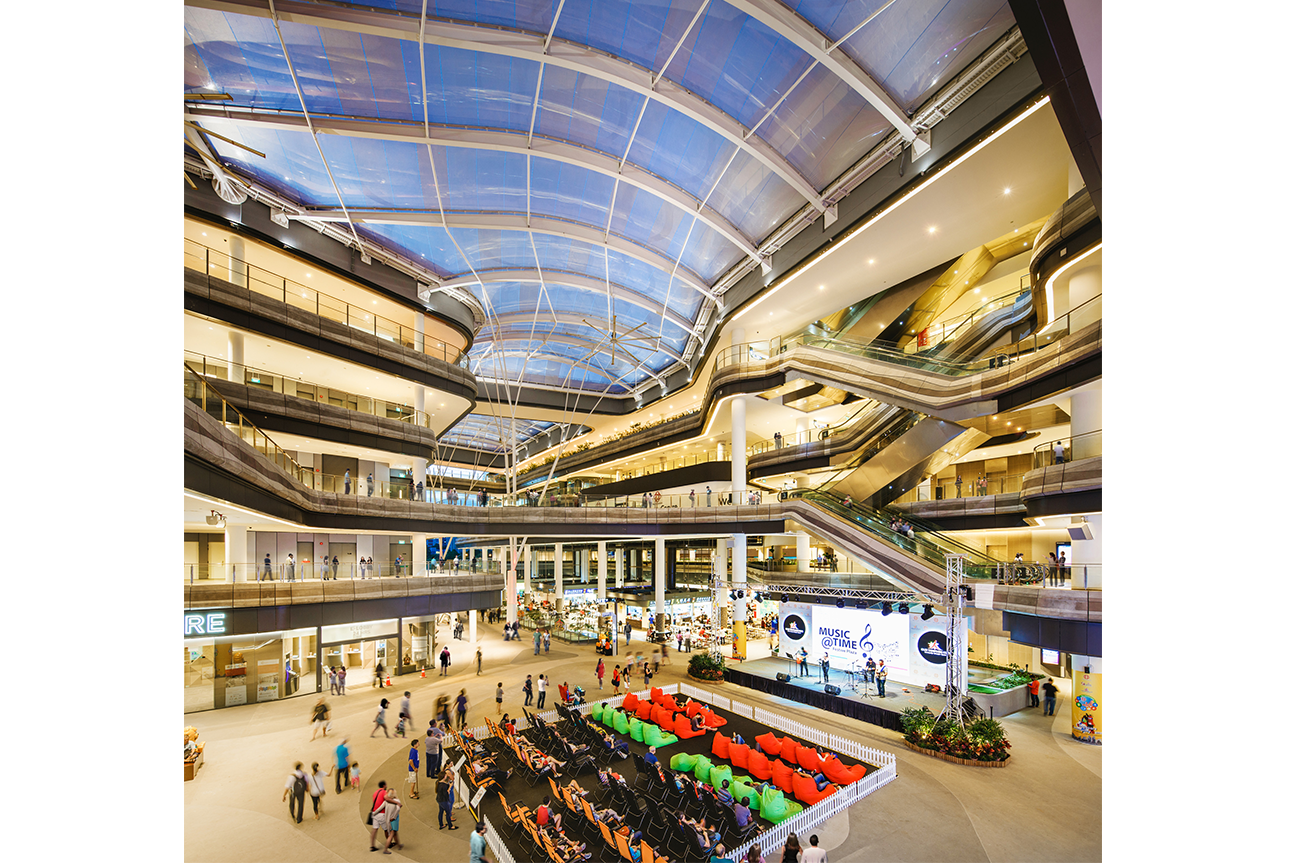 The Singapore Hub Ecology experience
In Singapore, development of the appropriate middle ground for the mixing of commercial and community functions has come a long way. Early town centre developments were essentially formed as a systematic distribution of community and retail services that worked closely with the broader national transportation network. It later evolved into an explosive growth of neighbourhood malls and early forms of integrated commercial hubs. Although the boundary between commercial and public realms continues to remain clear, it is quickly disappearing with how complex and integrated lifestyles are becoming today.

Having grown in tandem with nation building, this concept of ‘Social Hubs’ has always been ingrained in our works at DP Architects. From the earliest prototype, Golden Mile Complex to Our Tampines Hub, DP continuously bridges theory and practice through our accurate grasp of the relationship between social and economic development.

Planning with needs
We understand that more than just convenient co-location of separated functional entities, town centres today need to operate as truly integrated mixed-developments, capitalising on the mixing of public and commercial realms to develop dynamic spatial networks, and allowing for greater programmatic flexibility and possibilities. DP’s Hub Ecology Concept is representative of this new phase in the planning of town centres. The design of Singapore Sports Hub, which was completed under the direction of DP directors Teoh Hai Pin and Seah Chee Huang, demonstrated unprecedented clarity in the re-thinking of the relationship between commercial and public spaces, and overturned the long-standing postulation of the competitive nature between the two realms.

Crystallised as our ‘Hub Ecology’, our work on the world’s largest Public-Private Partnership (PPP) project moved on to further influence the way town centres can be planned, as manifested in some of our recent projects such as Our Tampines Hub and Punggol Regional Sports Centre. Riding on the opportunity presented by Singapore Sports Council’s overhauling of public sports facilities in the country, Singapore Sports Hub and Our Tampines Hub represented two ends of the sports-centred hub spectrum. From city-scale sports, community and entertainment to neighbourhood-level sports, public services and retail, sports and recreation have become a magnet in this new mixed-development model with retail acting as the essential catalyst for programmatic integration. Through the successful implementation of these community-commercial mixed development projects under the Hub Ecology concept in Singapore, we also see a newfound relevance for DP’s design in China.

Fertile ground for collaborative sports development
Within 40 years of fervent development, China took a phenomenal leap to become the world’s second-largest economy, bringing about revolutionary changes to a country accounting for 20% of the world’s population. China is now also influencing the world through multidimensional collaborative initiatives. Its global identity is rapidly changing, and so are the faces of Chinese cities.

Density and concentration are key drivers of the cities’ growth, and with them the evolution of highly disparate lifestyle possibilities. In the case of China, this is further driven by the rapid rise of e-commerce. More and more, city communities are defined by lifestyle choices instead of generational transmutation. As such, basic public amenities no longer satisfy the large number of city dwellers aspiring towards metropolitan lifestyles. Successful city spaces in China today must be able to weave
different lifestyle trajectories into a complex system of commercial and community services.

However, while the tremendous speed of development in Chinese cities is incredible, the lack of resources and motivation from the public sector to catch up with advancing needs has left a growing mismatch between public provisions and lifestyles. The vibrant market economy then sees the opportunity to fill the gap; only to result in sports facilities that are overly dominated by commercial market forces and a skewed perspective to the accessibility of healthy city living.

City authorities are increasingly aware of this ‘unhealthy’ developmental trend. As government bodies begin taking progressive steps in collaborative efforts with the private sector to upgrade provisions of community sporting facilities, they ultimately created a fertile ground for the seeding of Hub Ecology concept. This is where DP can make a difference in China. From Tianjin to Guangdong, we have witnessed a considerable increase in the conception, planning and even construction of sports-related PPP development.

Beyond business; More than just malls
With e-commerce taking the market by storm in China, retail as an end in itself is quickly losing relevancy today. Commercial planners are continuously searching for, and perhaps attempting to create, the next lifestyle experience to fill the next mall in town. Here, DP’s Hub Ecology concept also finds a large field of applicability beyond sporting developments in China.

In Shanghai, drawing from the concept of the lifestyle hub in a business park setting for Hongqiao Linkong 10-3, the newly completed Hongqiao Plot 8 business park, will comprise a community retail cluster set in a modern city courtyard. This connects to the greater Hongqiao business district via elevated pedestrian linkways, serving not just the business community in the vicinity, but also residents from the larger district.

These are the first of many seeds that DP will continue to sow as our Hub Ecology concept takes flight in China. To date, we have actively been involved in the design of similar community hubs throughout China with the most recent example being the Hangzhou Asian Games Village planning and architectural design competition. It demonstrated the preliminary step towards commercial involvement in large-scale community projects. 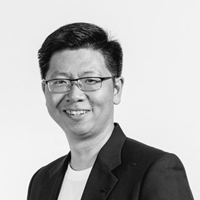 Author
Goh Yong Qin
Goh Yong Qin has been with DP Architects’ Shanghai Office since 2011, and is currently a Senior Associate. His three years of Masters in Tokyo provided him with additional perspectives on China, from the wider Sinosphere region.