Serving as a catalyst towards the city’s progress, Ciputra World Surabaya is a master plan project covering an area of 571,000sqm, to be completed in five phases. It comprises a five-storey retail podium, six residential towers, two SOHO towers, two office towers, a three-star hotel and a condo-hotel located in Surabaya, Indonesia's second-largest city and the capital of the province of East Java.

The edges of the building were softened by peeling back the façade and designating a park in the front of the mall. Sky gardens activate the roofscape and extend the park onto the mall podium. The master plan strategy provides flexibility for expansion, responding to programmatic changes and future land acquisitions.

In line with the original master plan and inspired by a garden concept, open spaces and natural elements are incorporated into the design. The public park fronting the mall is perceived as a green oasis and creates a sense of physical and visual openness, offering spatial relief among the highly dense surroundings. 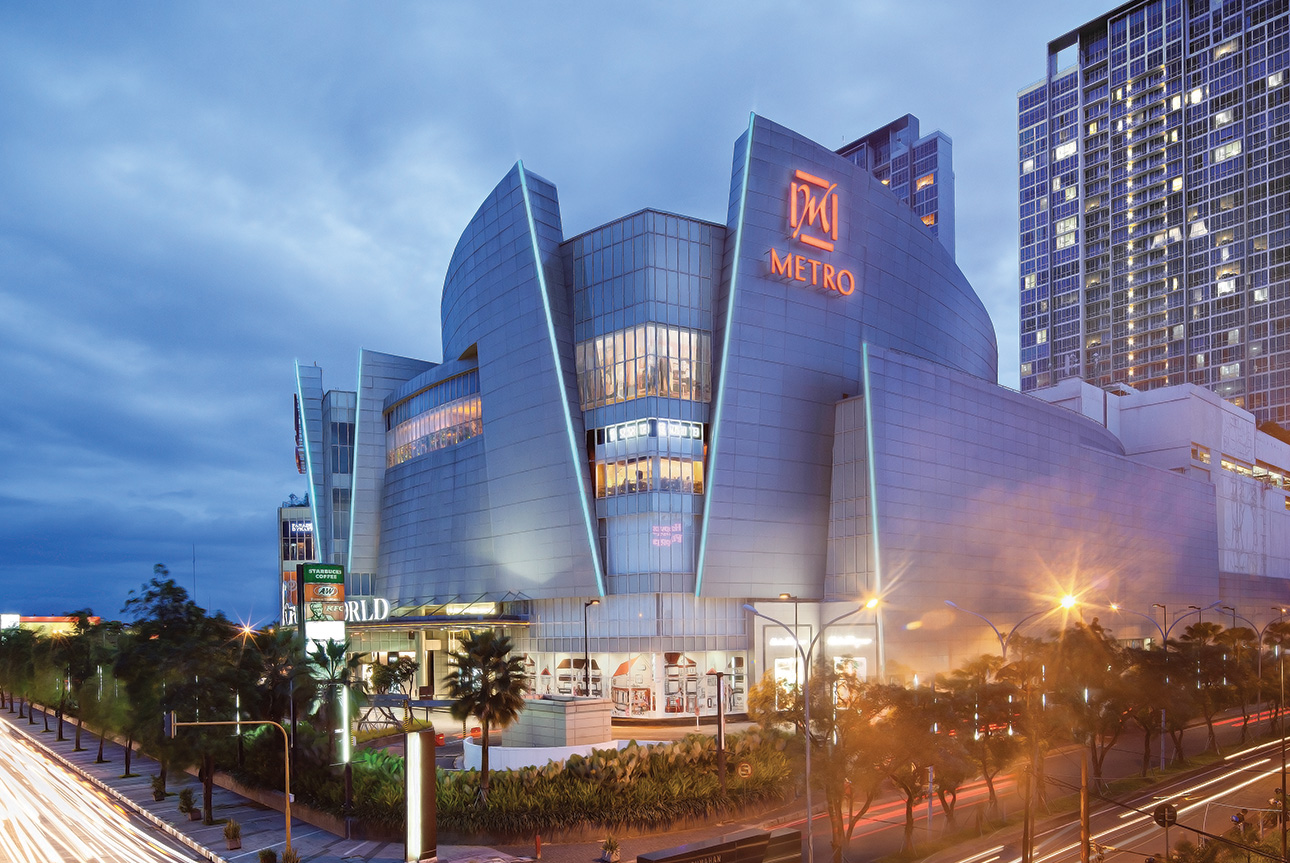 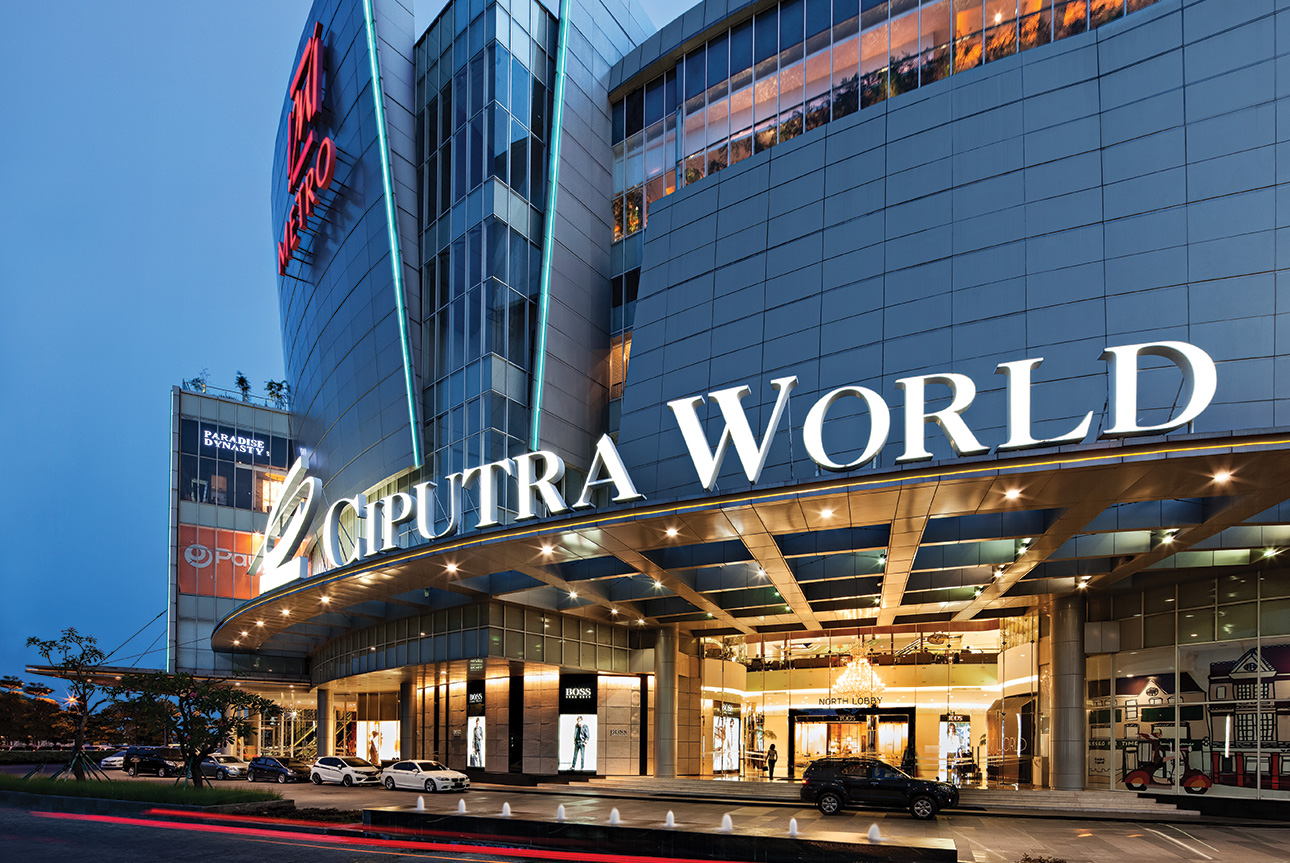 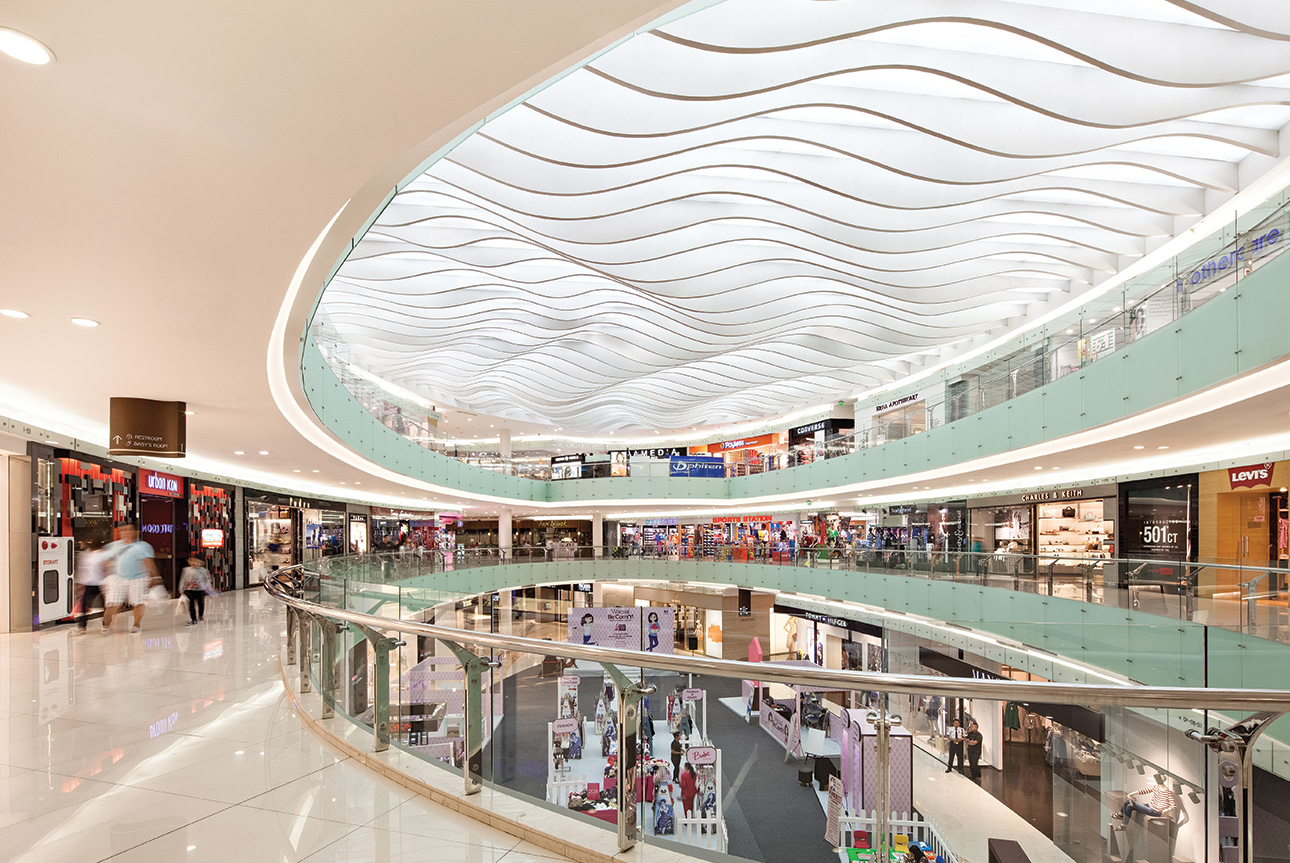 The design concept is inspired by Surabaya’s strong maritime heritage as an important port in central Indonesia, and features curvilinear geometries reminiscent of the sails of nautical ships. The curves help create a unified effect due to the fluidity of its form, which can be terminated or continued with ease as opposed to more rigid geometries, thereby allowing flexibility to the construction and design process. 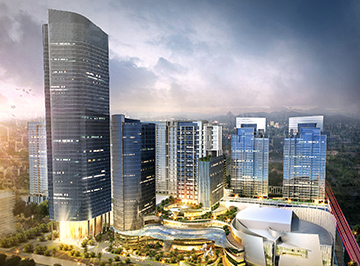 Sketch plan and elevation of phasing and mixed-use components within the master plan. 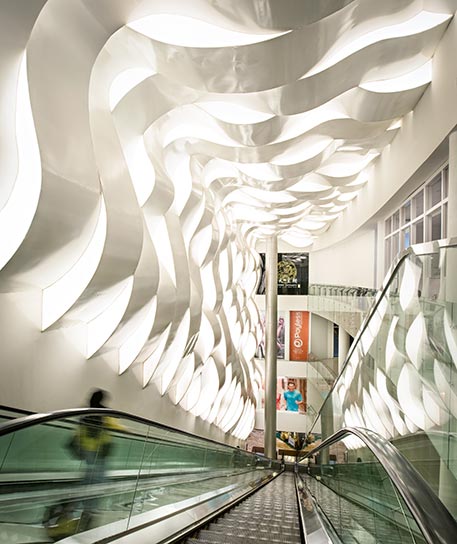 The mall’s interior is conceived in layers, with sweeping curves and shapes that reflect the nautical theme.

Ciputra Mall and two apartment towers were completed in 2010 as Phase 1. The façade and interior of the mall are arranged in layers, with curves and shapes that add fluidity to the architectural language while reflecting the overall nautical theme. An elliptical atrium serves as the focal point adjacent to the main entrance. Generous secondary atriums increase visibility for anchor tenants. The circulation of the mall forms a continuous loop and was designed to allow connections to the future expansion. In addition, an escalator strategically positioned at the front of the project allows visitors direct 24-hour access to food and beverage outlets, the cinema on the top floor and the roof deck.

To be expanded during Phase 3, the mall when completed will offer 155,000sqm of retail space and will consist of a five-storey retail podium extension, a 22-storey office tower, a 23-storey SOHO tower, and a 15-storey three-star hotel. The new retail podium extension and office tower will occupy the most prominent northern end of the site, giving it maximum exposure and frontage along the main street. The rising elliptical office tower is aimed at being a distinct icon in the skyline.

Externally, the façade design will be consistent with the garden concept while complementing the iconic sail-like design of the preceding development. A sculptural ‘cloud canopy’ hovers over the podium façade, and shelters the public park below. Slated to be the biggest sculptural landscape feature in Surabaya, the structure will become the signature and unifying feature for Ciputra World Surabaya.