Since its opening in July 2010, The Fullerton Bay Hotel has been an undeniable sight of luxury and heritage, sophistication and culture. Having assimilated the historic Customs House and Clifford Pier into its architectural fabric, the port’s physical and cultural heritage is proudly displayed – the gem of a project that spanned three years long from September 2007.

While Marina Bay has evolved over the years to the dazzling, prime commerce site that it is now; it also holds deep historical value in the Singapore story as a defining, commercial port in which the city grew up around. As such, the design narrative paid sensibilities to the historical journey of the building and its surroundings, allowing visitors to experience the same, standing at the literal intersection in time where present and past meet. 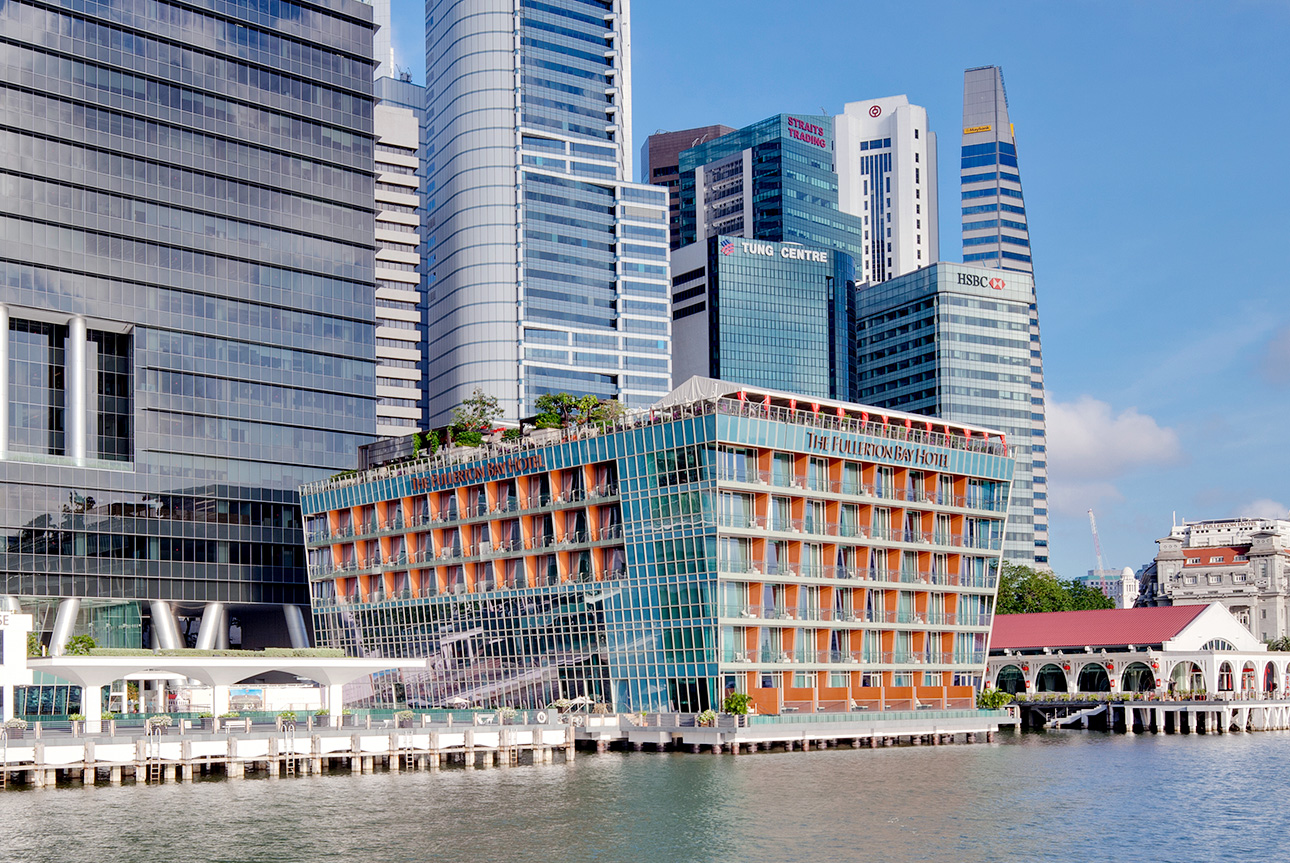 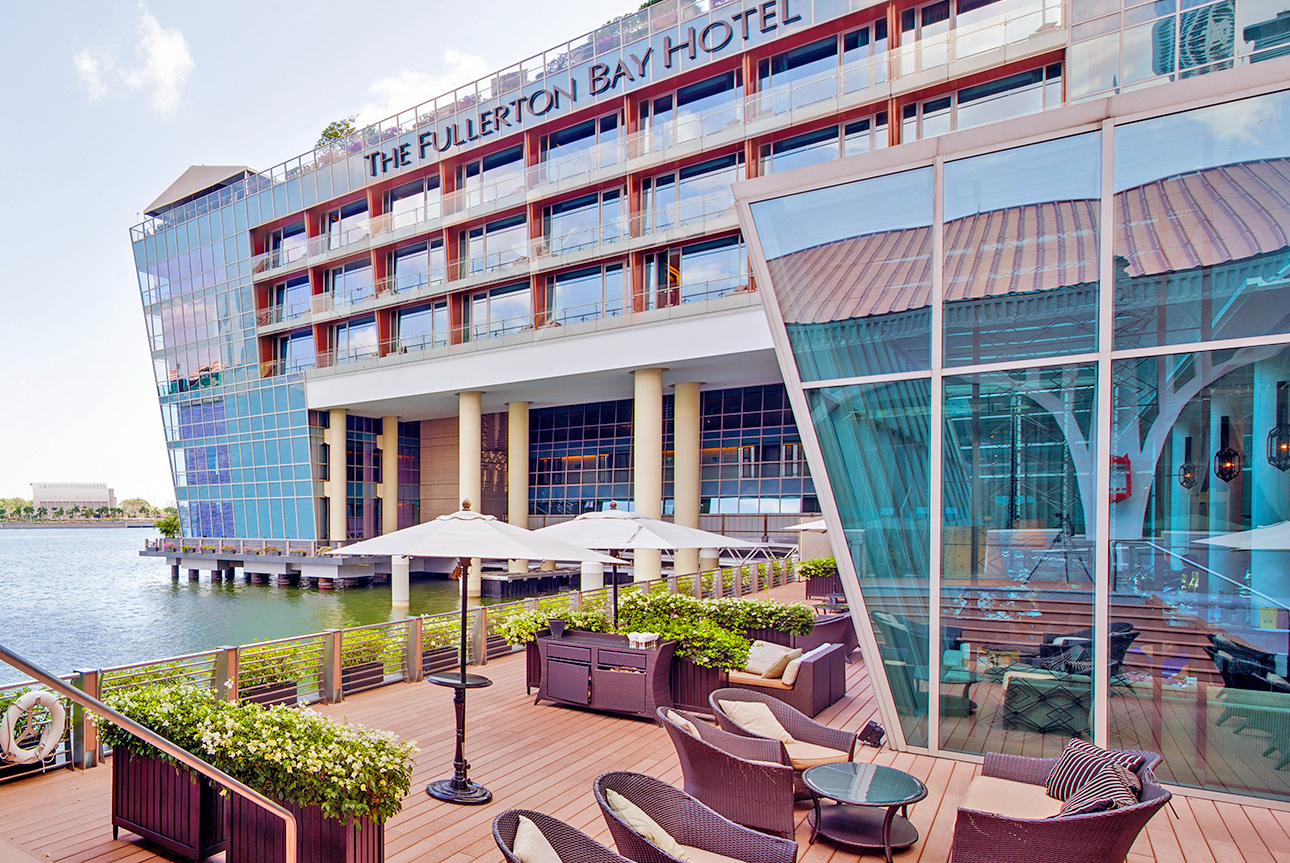 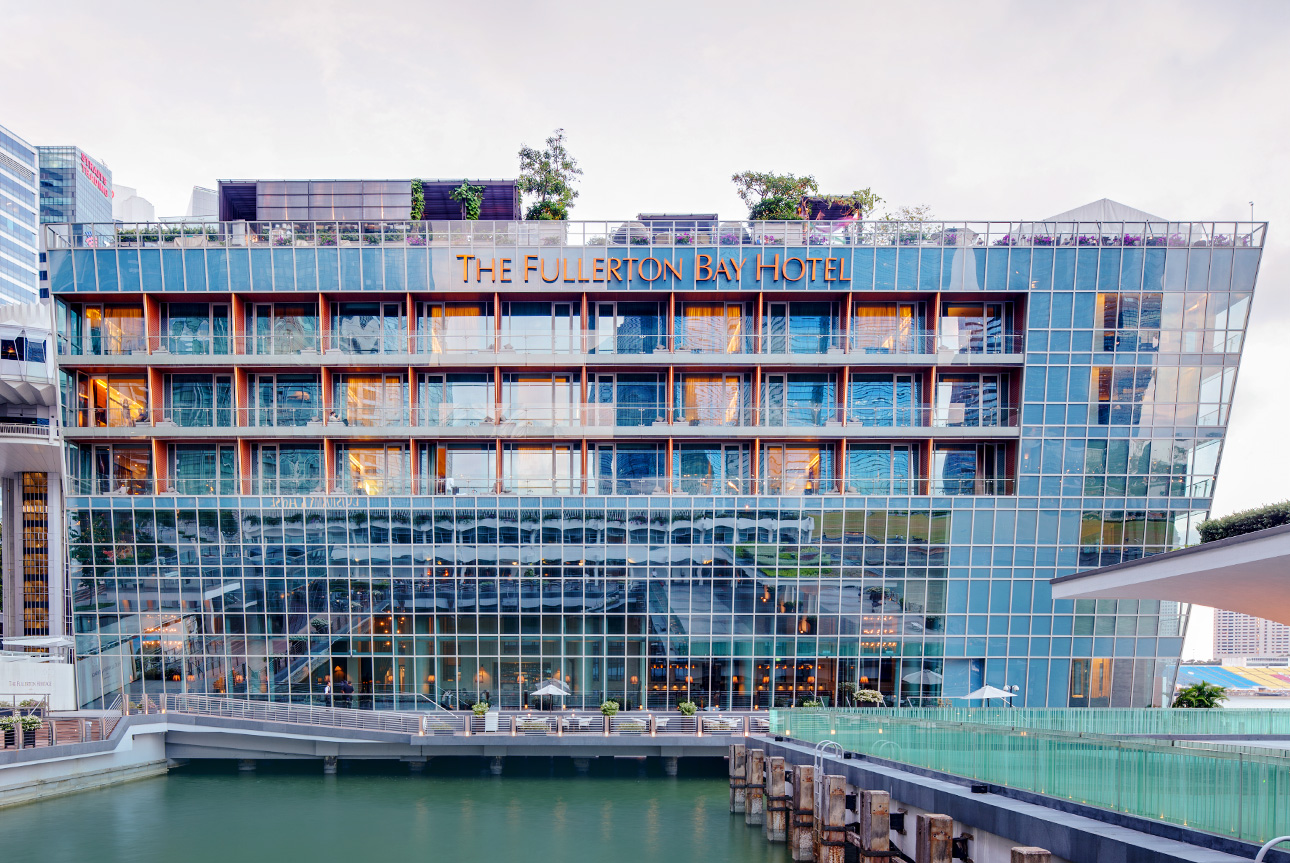 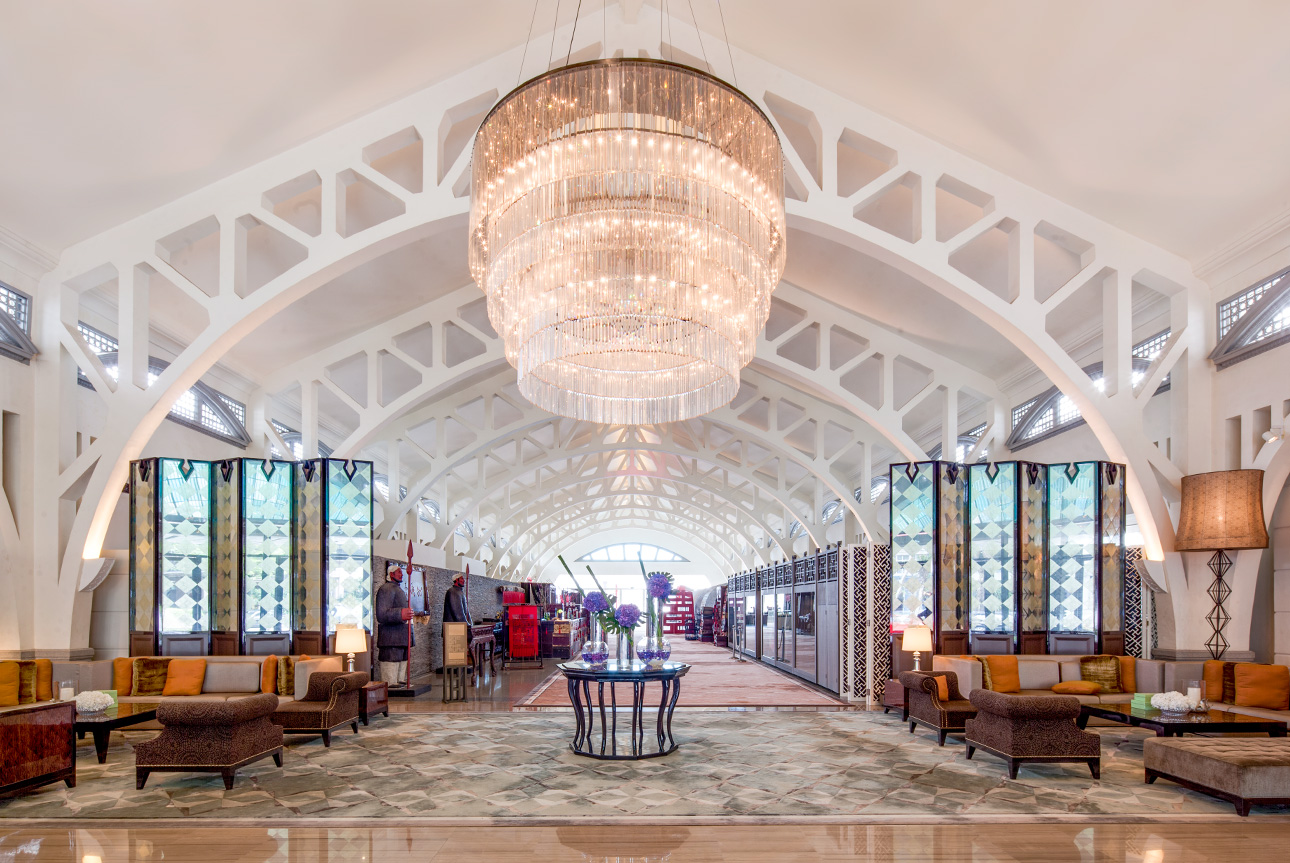 The Fullerton Bay Hotel is jointly a conservation and new construction effort to redevelop a segment of the historic Marina Bay waterfront, a project consisting of the revitalisation of the Clifford Pier and Customs House buildings as well as the design of an additional six-storey hotel block.

Guest arrival is carefully choreographed to celebrate the transition from the past to present. 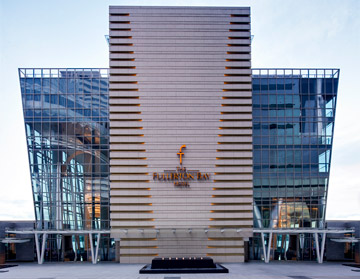 The form of the six-storey guestroom structure is shaped in response to the flanking Clifford Pier and Customs House buildings. 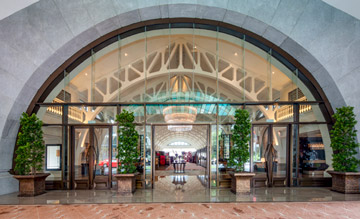 The Art Deco-style Clifford Pier with its concrete arch trusses, originally opened in 1933, now serves as the main entrance and lobby of the hotel. 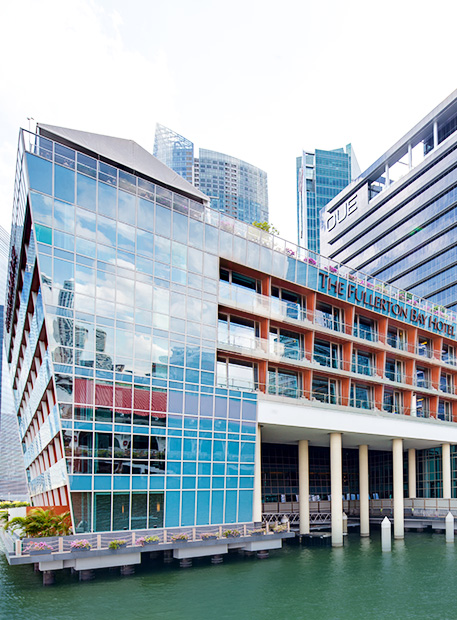 Extensive use of glass allow the building to appear light and transparent, creating relationships with the surrounding buildings.

Nestled in between two historic buildings, how would the hotel pay tribute to this unique context while maintaining its own modern identity?

The Art Deco-style Clifford Pier with its concrete arch trusses, originally opened in 1933, now serves as the main entrance and lobby of the hotel. To ensure a seamless procession, the outlook & façade of the entire hotel compound was slowly transitioned from a heritage appearance to the newly built intervention, articulated through the choice of materials and colour.

The sloping, expansive glass façade of the hotel block was likewise carefully designed in response to its environment and heritage buildings flanking it. The slanting glass parapet on balconies captures the reflection of the existing buildings while offering an unobstructed view of the present Marina Bay development. It cleverly integrates the old and the new, keeping them side by side.

Still, the hotel’s primary function was clearly articulated with a building height twice that of its neighbours, while casting a light on its companions and predecessors. More importantly, it created a visual datum that unified the three masses together, proving that a harmonious and beautiful co-existence of two worlds of different times is very much possible.

A series of ground-level waterfront spaces focus on pedestrian connectivity with the bay.